It was a bit of a strange year 2014 for photography for me. Started out with good intentions, but they didn’t last. January started well, good skies and ok weather. It made for some interesting seascapes.

February came around quickly and I found myself back down on the beach paddling in the surf and shooting frame after frame of the waves endless swirling. Sometimes I will use a long lens and sit on the beach and take my shots from the comfort of the shore, other times like this time I’m in the sea. Varying the shutter speed gives a whole load more patterns in the sea. 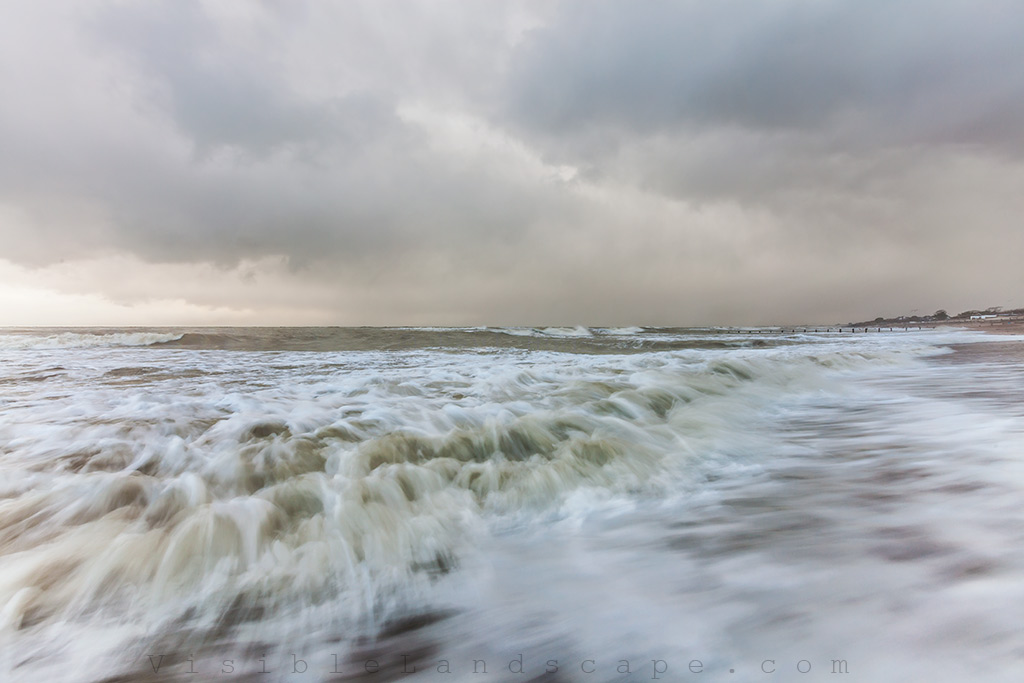 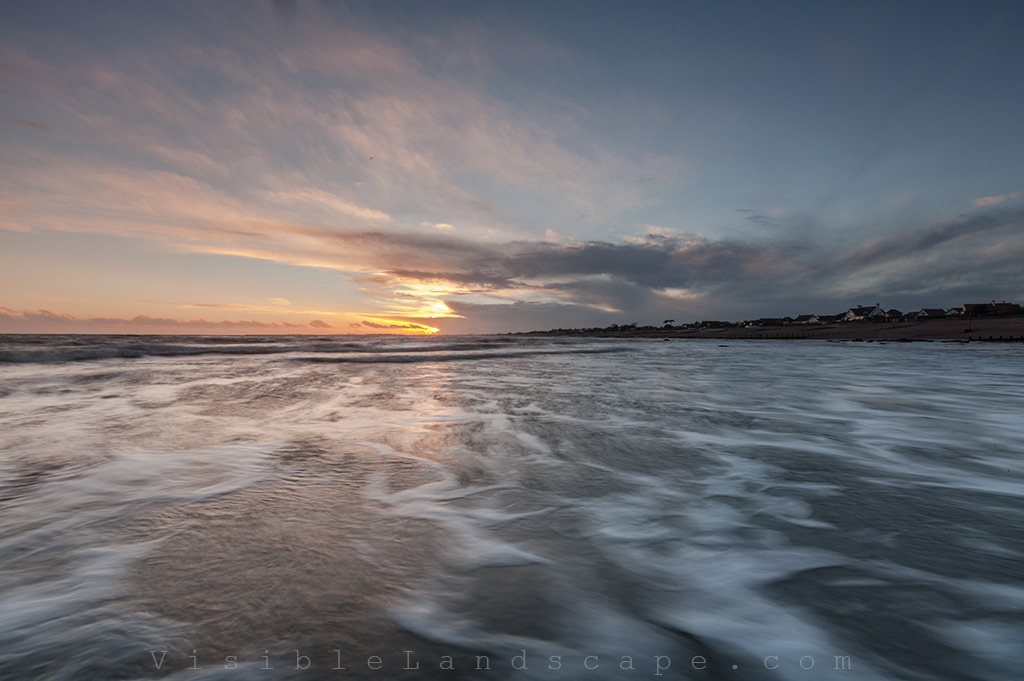 All too quickly the rains came, several weeks of almost continual rain meant it was nearly impossible to get out with the camera, the heavy rains left many areas flooded. The following image is looking down from Highdown towards Amberley Castle in West Sussex.

March I found myself heading up to Scotland for a 2 week getaway. Always take an abundance of photos when I head up north over the border. This time was no exception.

Looking out towards the Black Mount on Rannoch Moor, I love seeing the snow on the mountain tops, they don’t feel like real mountains without snow on them. A visit would not be complete without the obligatory visit to Glencoe.

I arrived to late for the sunrise (quite spectacular so I was told by a fellow photog who was packing up as I arrived) I had camped for the night by Loch Lomond, the road alongside was very slippery to say the least. A quick jaunt up the mountainside to reach a half decent vantage point resulted in the above image. Two of the three sisters and the main A82 road which runs right through the center of the glen.

I nearly always spend a couple of days in Glen Etive, this visit was no exception, loads of waterfalls and always someting new to discover and explore.

I’m always drawn to this location and never fail to photograph it ( a bit like Eilean Donan Castle which I will spare you this time) As the sun was high in the sky and was creating deeper shadows than I would have wished for I processed this as a B&W which works with the deep shadows. The following waterfall was a ‘new to me’ fall to photograph, again a B&W processing brings out the deep contrasts and hides the wonky colour balance due to the ND filters..

En route to Glencoe I always stop off at Loch Leven, it’s possible to get some good sunsets with the Pap of Glencoe prominent, this particular night wasn’t too good, but as I was there I thought I’d hang around and see materialised.

And a few minutes and shots later……..

Almost without exception I spend several days on the Isle of Skye, sometimes stunning, sometimes frustrating but never disapointing. Frustratng because sometimes there just isn’t enough water in the falls.
I head straight for the beach at Elgol, once again the tide is nearly out but doesn’t disappoint.

A quick visit to Sligachan for the sunrise, bugger, hardly any water in the river and most of the colour in the sky is just out of shot on the left.

Watching the sun going down near Uig, not spectacular, but great to watch all the same.

Back to one of my favourite places – the Quiraing, the reason I travelled to Scotland in the first instance. I spotted a picture of it in a Barclaycard brochure and always vowed I would go there myself, so some 20y later I arrived there. It’s like a pilgrimage to me, I always return when I’m in the area. This image is from the ‘table’ inside the quiraing. The hills that can be seen in the distance are of the Trotternish ridge (center right).

The nearby ‘Old man of Storr’ is quite interesting and can make for some fantastic sunrise shots – sadly not yet to capture one. This is probably my best sunrise at this location but there is much better to be had.

A great but exposed location whilst waiting for the sun to rise we even had a brief snow flurry. The guy in red was a photog from Manchester.

I made a repeat visit to Elgol and this time I saw it for the first time at high tide, not a lot different, but different photo op’s all the same. 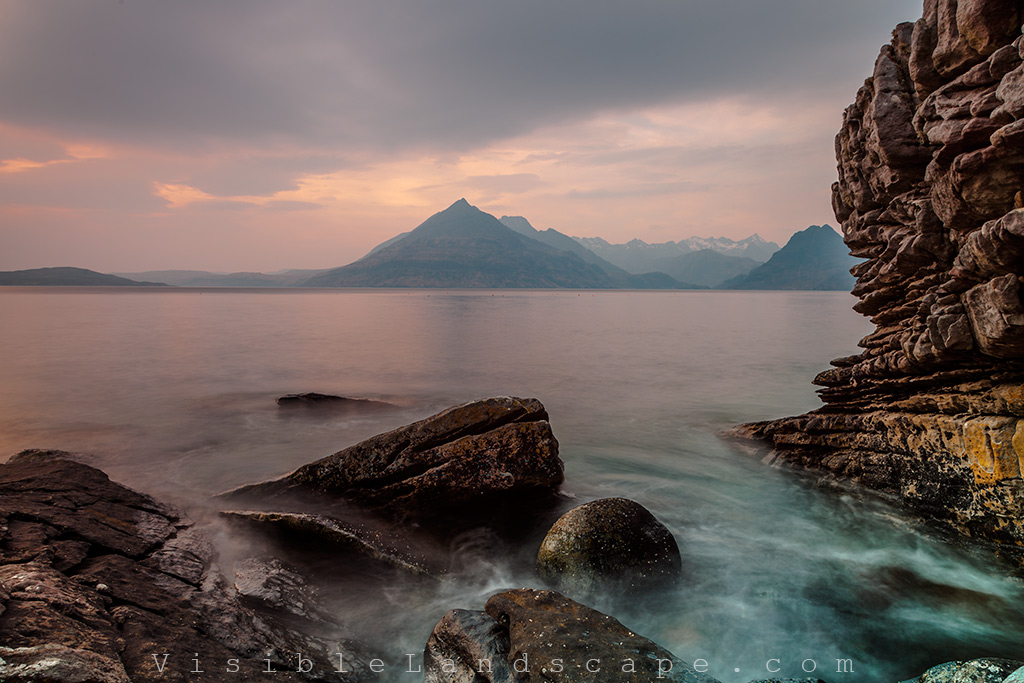 This conludes my shots from Scotland in this post as I have posted several others from that trip.

For whatever reason I hardly used my camera until October with the exception of the two air displays that the Goodwood Festival of Speed put on in June. I try to get to these displays when possible – two from that visit. 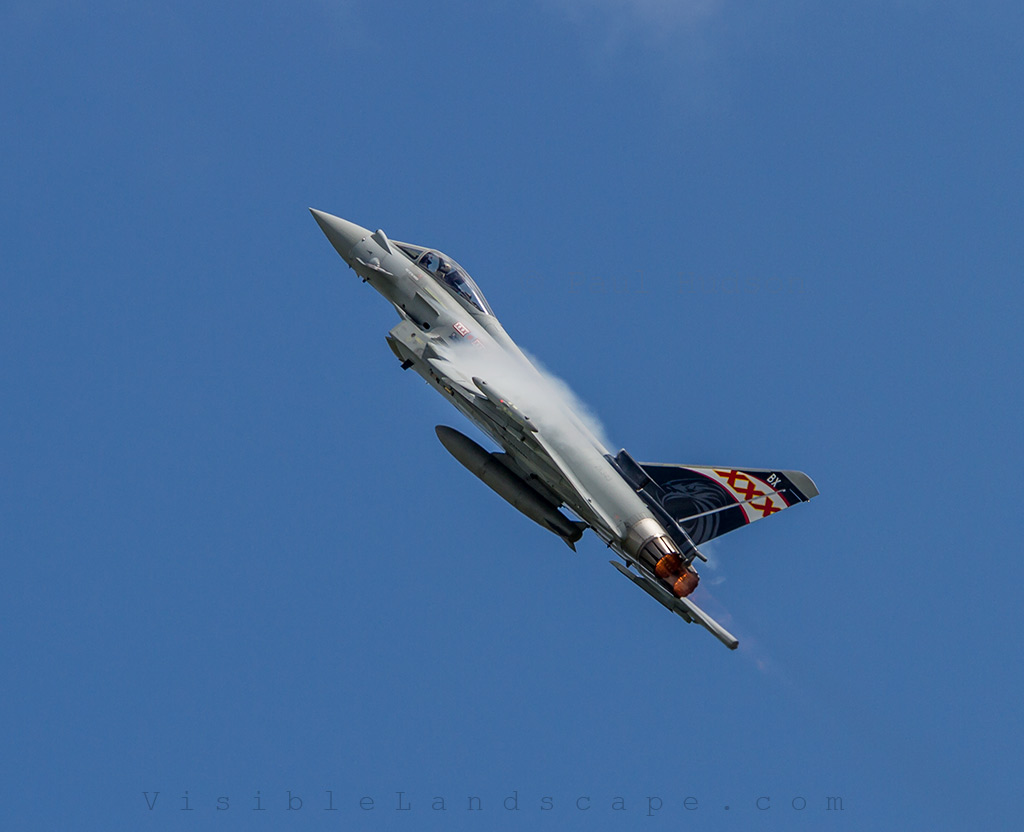 It was November before I ventured out with the camera again, this time down to the beach at Aldwick. 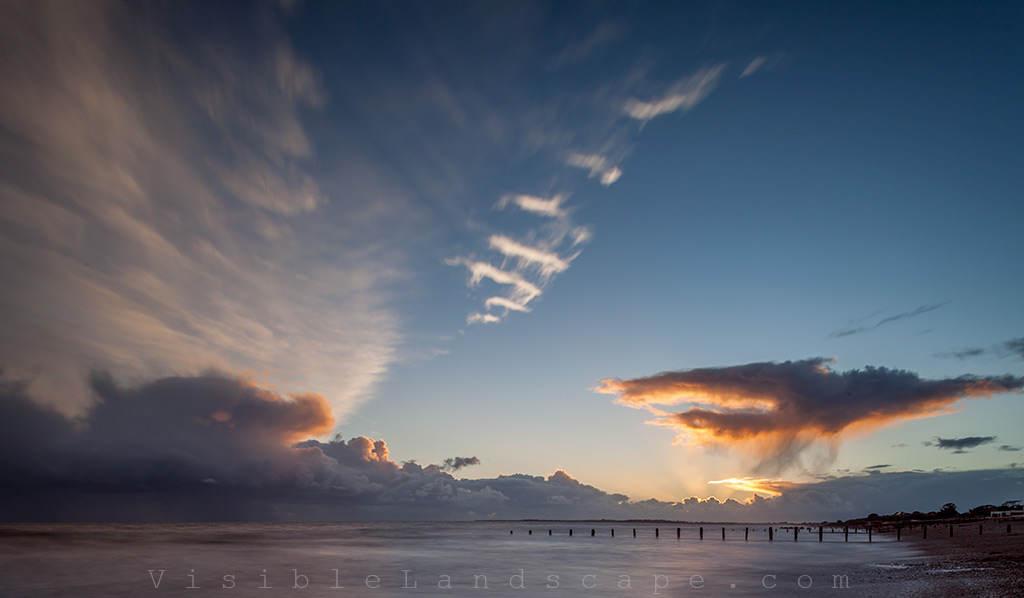 For a brief period I found myself without any work, with the weather promising ‘big’ skies I make the most of it. 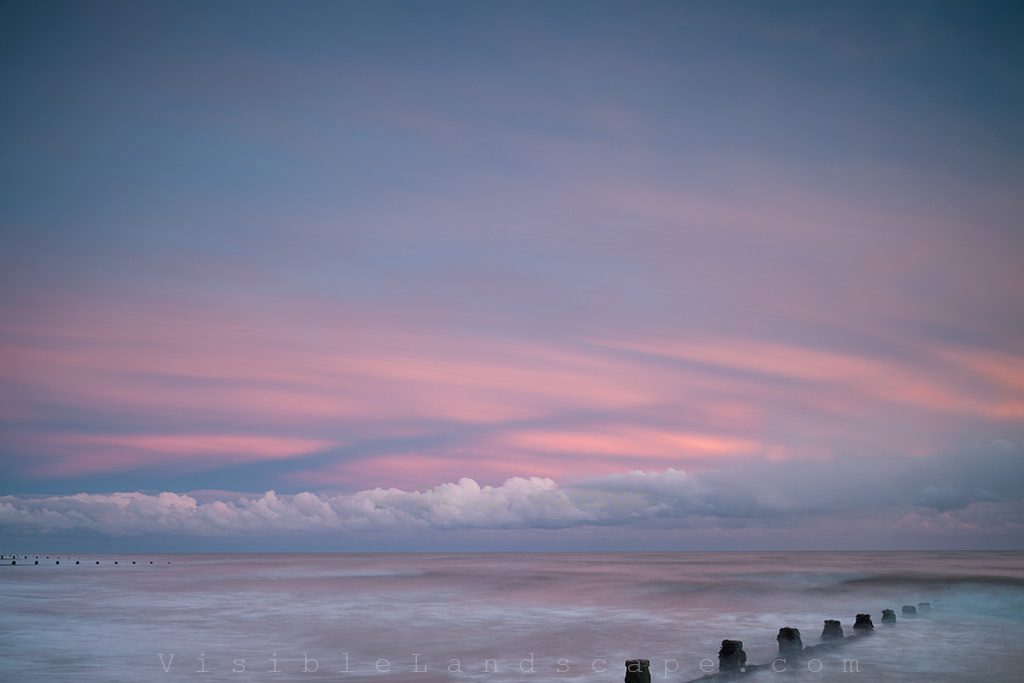 With some great colours. 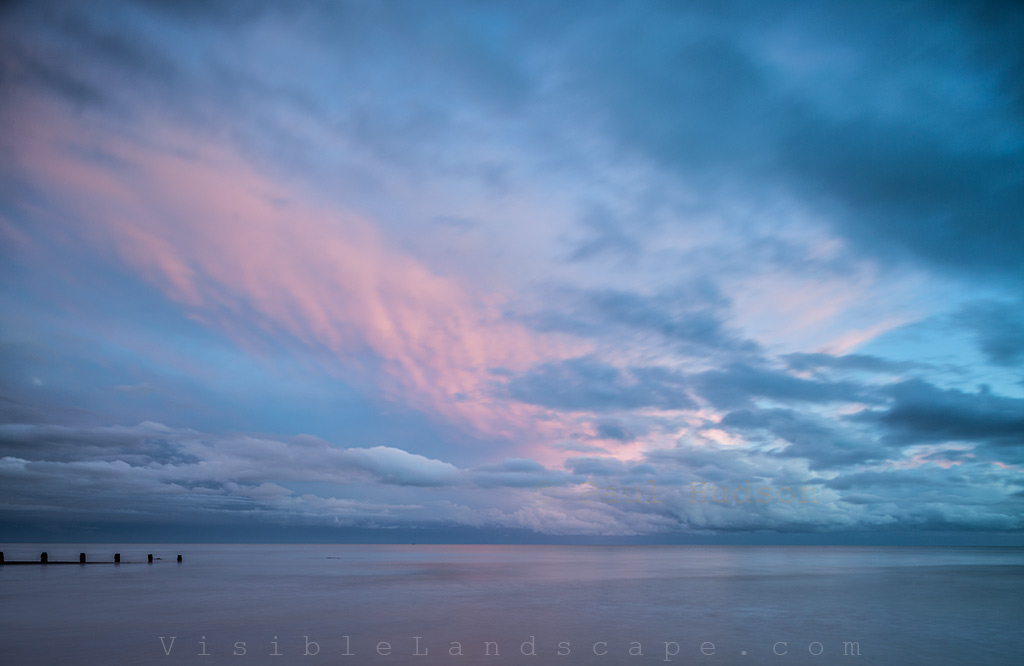 I was almost pleased that I didn’t have any work.

Then it was back to an old favourite haunt – Bosham harbour. 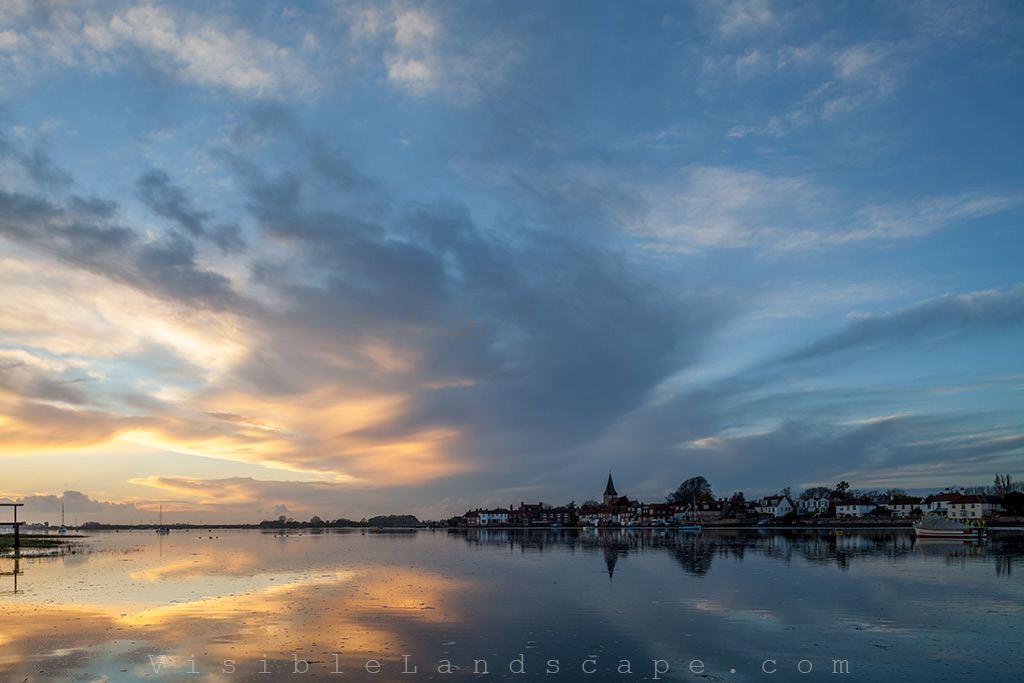 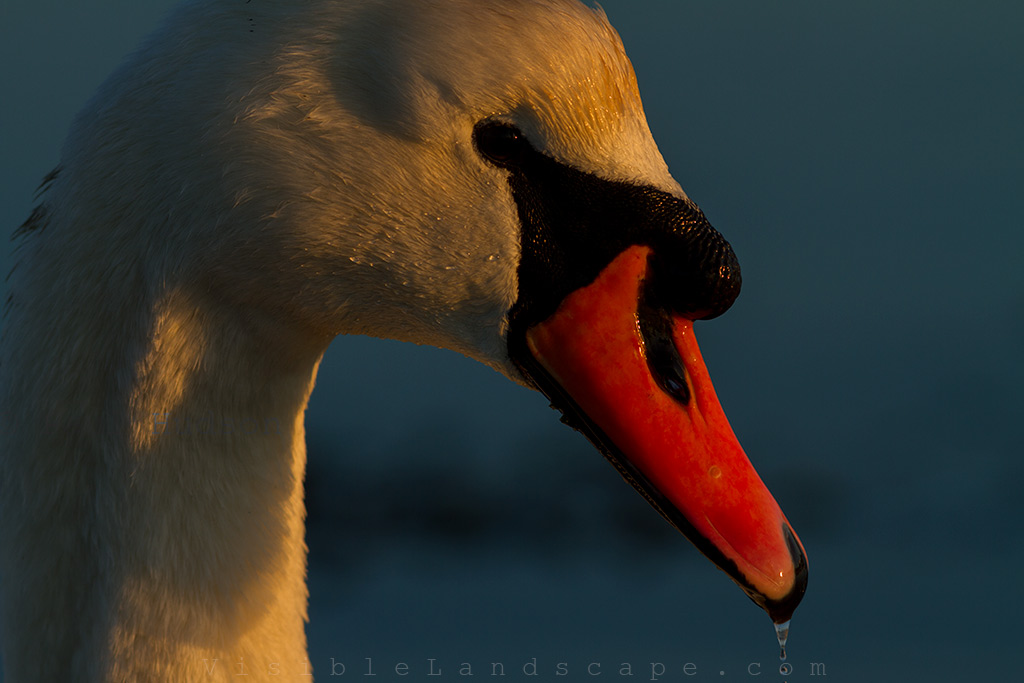 One of the last shots of 2014 was this one of a young lady and her two children having their photo taken.

Hopefully 2015 will be a much more productive year.

About the Author: Paul